The evil eye history and meaning to our Greek culture. 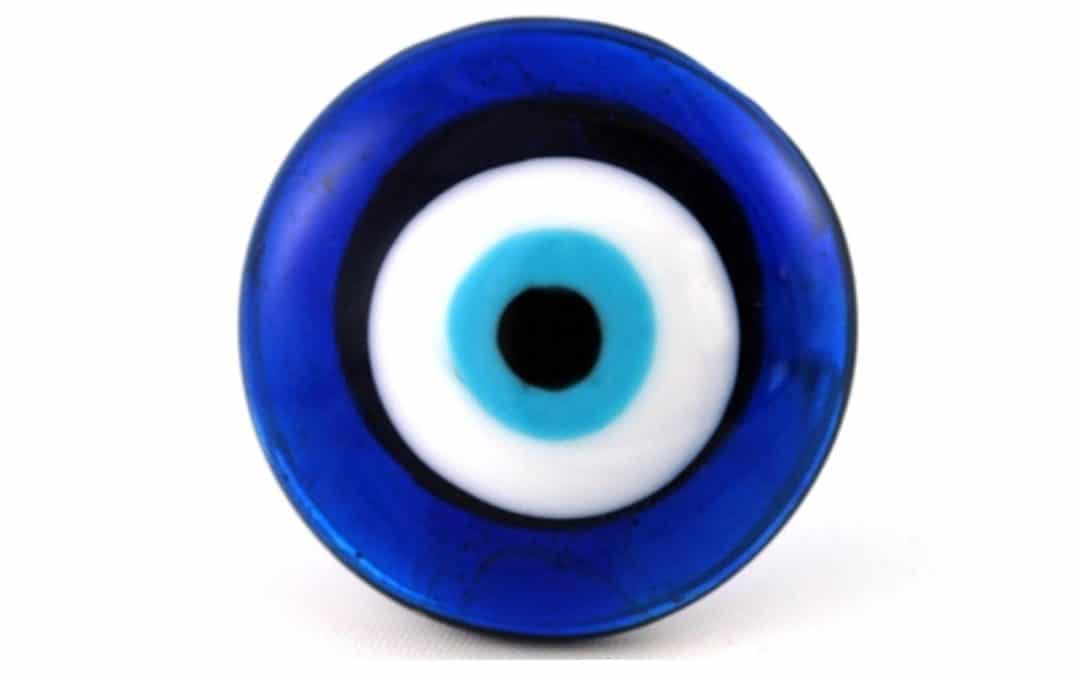 History and meaning of the evil eye

The evil eye, for us in Greek the ‘mati’, is a “stare” of envy or dislike that is believed to bring bad luck to the person at whom it is directed. An evil eye is a talisman or amulet, designed in the shape of an eye. Traditionally it has color blue or green that indicates spiritual protection. To our Greek culture the history of the evil eye dates back to classical antiquity, 6th century BCE. It appeared on Chalcidian drinking vessels, known as ‘eye cups’. Many cultures believe that receiving the evil eye will cause misfortune or injury.

The belief in evil eye is referenced by Hesiod, Callimachus, Plato, Plutarch and many others historians. They attempted to explain the function of the evil eye. Plutarch treated the phenomenon of the evil eye as something seemingly inexplicable that is a source of wonder and cause of incredulity.

How it protects us and rituals we do

In Greece, the evil eye is cast away through the process of ‘xematiasma’. The “healer” silently recites a secret prayer passed over from an older relative of the opposite sex. According to custom, if one is indeed afflicted with the evil eye, both victim and “healer” start yawning profusely.

Greek people will also ward off the evil eye by spitting on you so they won t give you the evil eye. If you have seen the movie My Big Fat Greek wedding you already know what I mean. The evil eye is not necessarily given by someone wishing you ill, but it stems also from admiration. We say that a mother can give the evil eye to her children 7 times per day out of admiration.

My personal connection with it

I was raised with most of these believes so the evil eye is almost always part of my jewelry. Not only I like the story behind it, I also love the design of it and the fact that it may protects you from any negative energy. No wonder I am writing about it in my first post. I am excited for my new adventure and I only want positive energy all around.

Different cultures also have it

Living in Abu Dhabi, I discovered that we have this in common with Muslims (among many other things). It is tradition among many Muslims that if one makes a compliment, he should say “Masha’Allah” (“God has willed it”) to ward off the evil eye. A word (Masha Allah) which you will hear often when they refer to the beauty of young kids. As a talisman they have the Hand of Fatima (or hamsa hand)  a symbol I also use at some of my jewelry.

Talismans and the evil eye can be found in many cultures around the world. Now that you know the evil eye history and meaning, check some of my designs with the evil eye on, in case you want to be protected too. 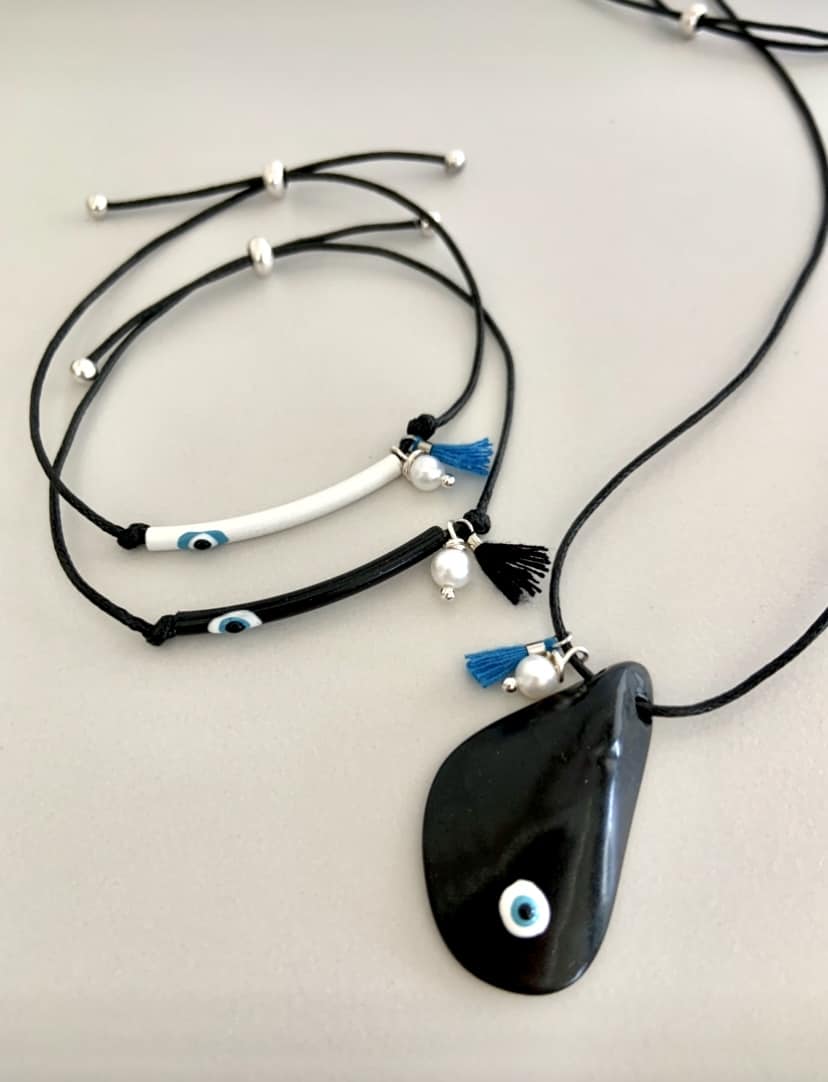 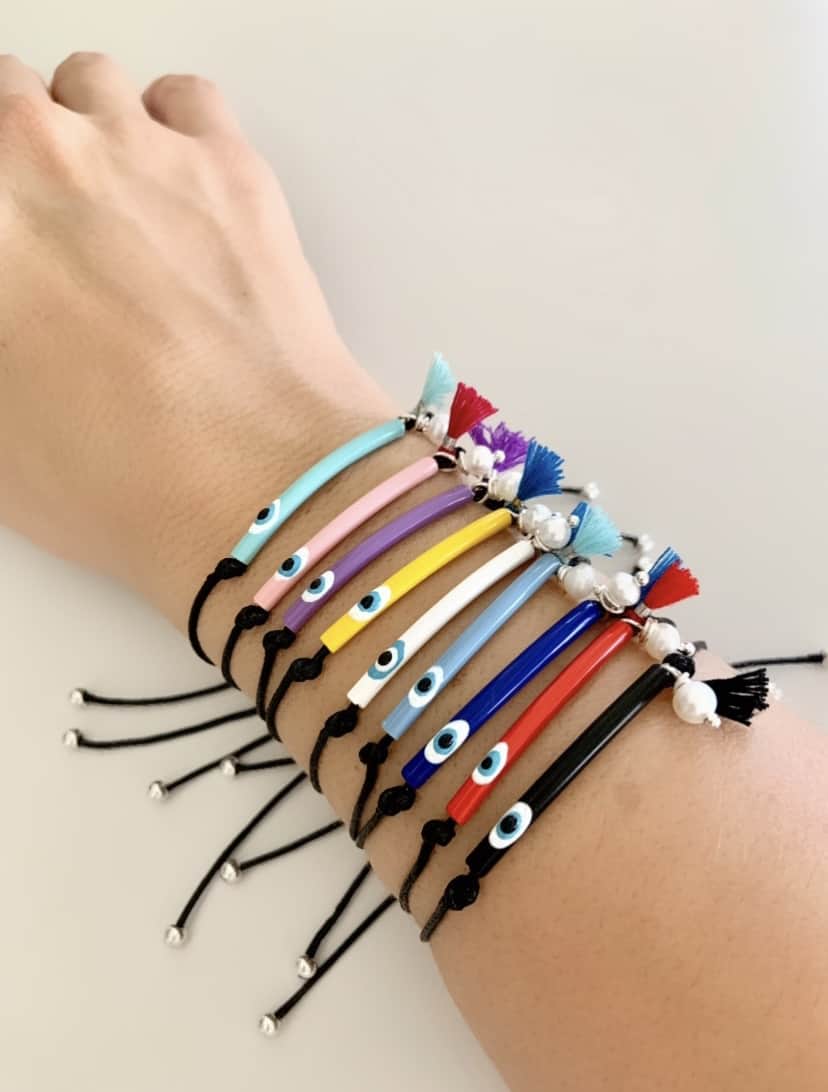 Leave me a comment with your stories of evil eye and whether you believe it or not.

We use cookies on our website to give you the most relevant experience by remembering your preferences and repeat visits. By clicking “Accept All”, you consent to the use of ALL the cookies. However, you may visit "Cookie Settings" to provide a controlled consent.
Cookie SettingsAccept All
Manage consent

This website uses cookies to improve your experience while you navigate through the website. Out of these, the cookies that are categorized as necessary are stored on your browser as they are essential for the working of basic functionalities of the website. We also use third-party cookies that help us analyze and understand how you use this website. These cookies will be stored in your browser only with your consent. You also have the option to opt-out of these cookies. But opting out of some of these cookies may affect your browsing experience.
Necessary Always Enabled
Necessary cookies are absolutely essential for the website to function properly. These cookies ensure basic functionalities and security features of the website, anonymously.
Functional
Functional cookies help to perform certain functionalities like sharing the content of the website on social media platforms, collect feedbacks, and other third-party features.
Performance
Performance cookies are used to understand and analyze the key performance indexes of the website which helps in delivering a better user experience for the visitors.
Analytics
Analytical cookies are used to understand how visitors interact with the website. These cookies help provide information on metrics the number of visitors, bounce rate, traffic source, etc.
Advertisement
Advertisement cookies are used to provide visitors with relevant ads and marketing campaigns. These cookies track visitors across websites and collect information to provide customized ads.
Others
Other uncategorized cookies are those that are being analyzed and have not been classified into a category as yet.
SAVE & ACCEPT